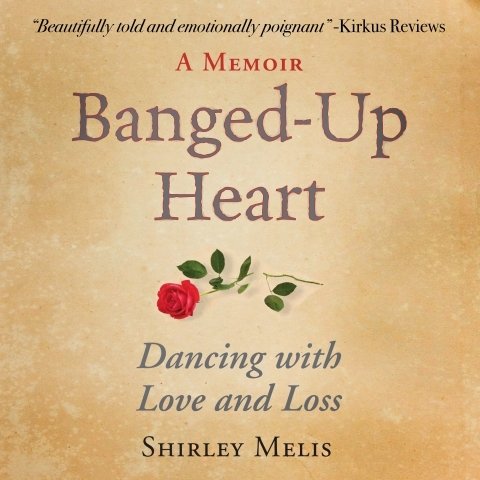 Banged-Up Heart by Shirley Melis is an intimate and clear-eyed account of finding love late and losing it early–and of the strength it takes to fall madly in love a second time, be forced to relinquish that love too soon, and yet choose to love again. When her husband of thirty years dies suddenly, Shirley Melis is convinced she will never find another man like Joe. Then she meets John, a younger man who tells her during their first conversation that he has lived for many years with a rare but manageable cancer. She is swept off her feet in a whirlwind courtship, and within months, made brave by the early death of a friend's husband, she asks him to marry her! What follows is a year-long odyssey of travel and a growing erotic and creative partnership–until a mysterious bump on John's forehead proves to be one of several tumors in his brain and spine. The nine months that follow are filled with a life-threatening infection, three brain surgeries, radiation, and chemotherapy. Two years and one week after their wedding, John dies at the age of fifty-nine. More than just a love story or a memoir of mourning, Banged-Up Heart comes down solidly on the side of life. It takes you deep inside an ordinary woman, her deeply felt grief butting up against her desire for more than companionship: passion, sexual fulfillment, and self-realization. It bears eloquent witness to the wild trust it takes to fall madly in love and risk profound loss–a second time. Ultimately, it shows that it is possible to dance with a banged-up heart.